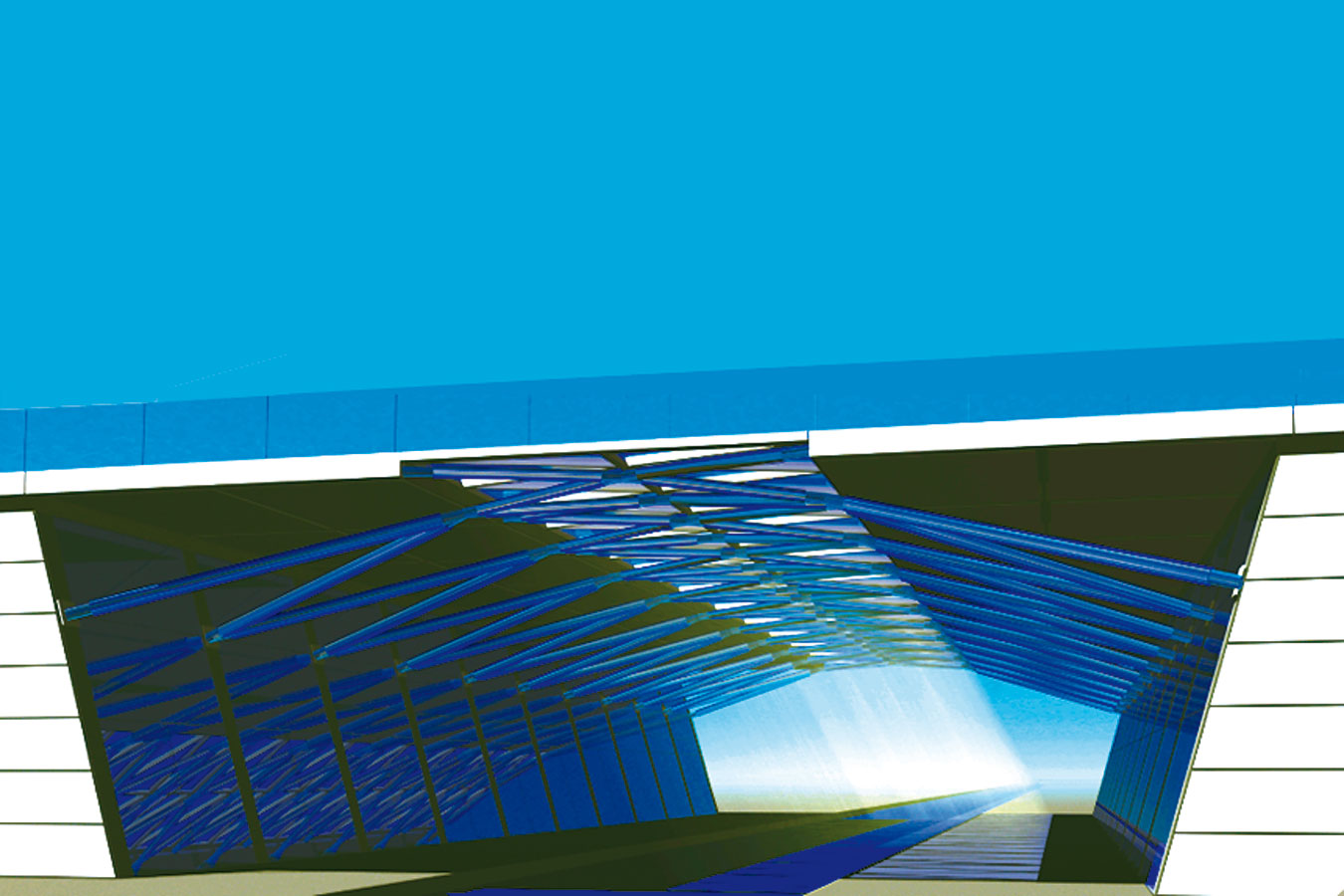 a spin-off product of an interdisciplinary german research foundation (dfg) special research project on ‚form-finding in bridges’, this is a system of road bridges with load-bearing elements made of prestressed, glass fiber reinforced glass tubes. a total of 13 bridges were part of the traffic network for a new district in osaka. the paths along the canals were part of the pedestrian development. to utilize as much space as possible, the abutments are planned as shops, cafes, small offices. the supporting glass tubes are illuminated at night.